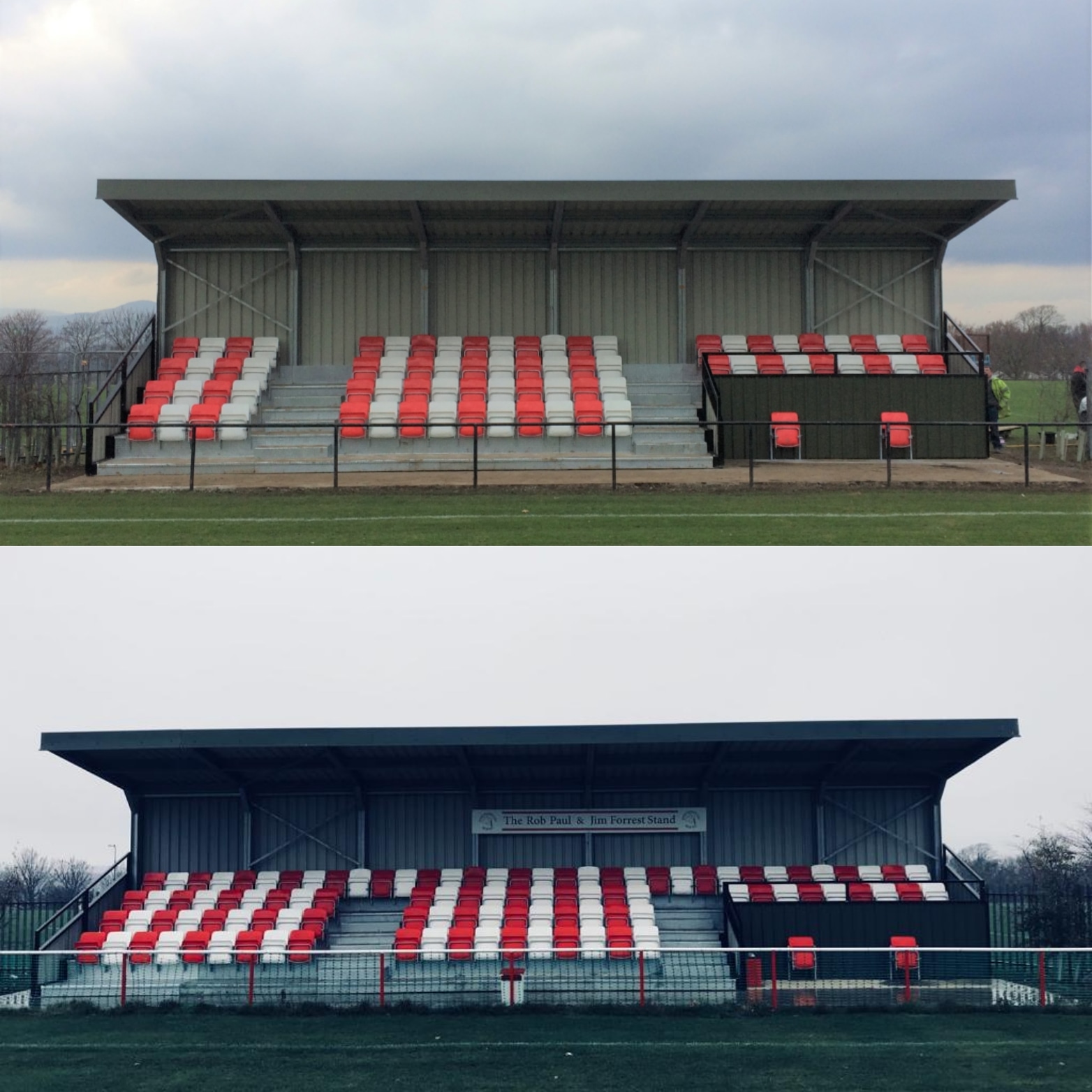 The 542 seated stand built by Stadium Solutions at Maidenhead United FC won the “Best new Non-League Stand” award from the respected “Groundtastic” magazine for the 2014/15 season.

“Because Maidenhead have been in residence since 1871 and, as such, are custodians of a historical site, it was important that their stand should do credit to the ground. More than that, it was also an opportunity to breathe new life into York Road, which had never quite recovered from the arson attack in 1986 that destroyed the original grandstand.

As members of the Football Conference South, it was beholden on The Magpies to erect a structure large enough to satisfy grading requirements and, in this regard, the club have more than met their brief.

Sheltering beneath the trees on the railway side of the ground, what immediately strikes one about the new stand is how easily it blends in with its surroundings. Any jarring notes that might have been struck by its modernity are soothed away by its unobtrusive black and white colour scheme. Indeed, Maidenhead's new stand is a positive enhancement to a grand old ground, which while bring York Road bang up to date, avoids impinging on its aura of history.

Groundtastic was launched in 1995, and its 50th edition was the subject of full length article in The Times newspaper. Published quarterly, Groundtastic is a full colour glossy magazine entirely devoted to the world of football grounds. Comprising a mixture of contemporary and archive material, the magazine encompasses grounds at all levels, from grass roots to international stadia. For further details please visit groundtastic.co.uk.” 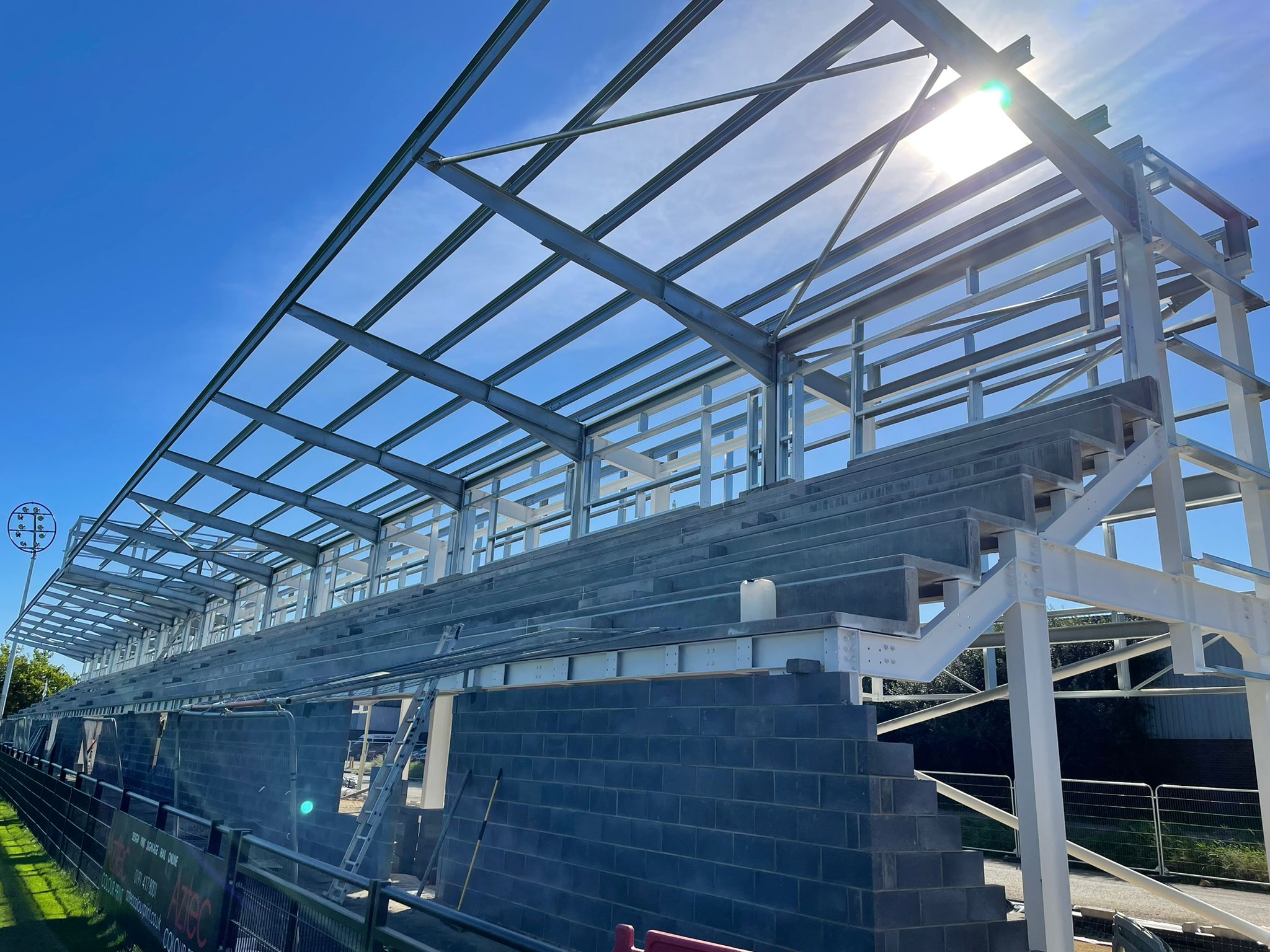 Construction of an up-to-the-minute, exciting new stand is well underway at South Shields Football Club's stadium, with concrete terracing in and roof steelwork being erected now, in September 2021. 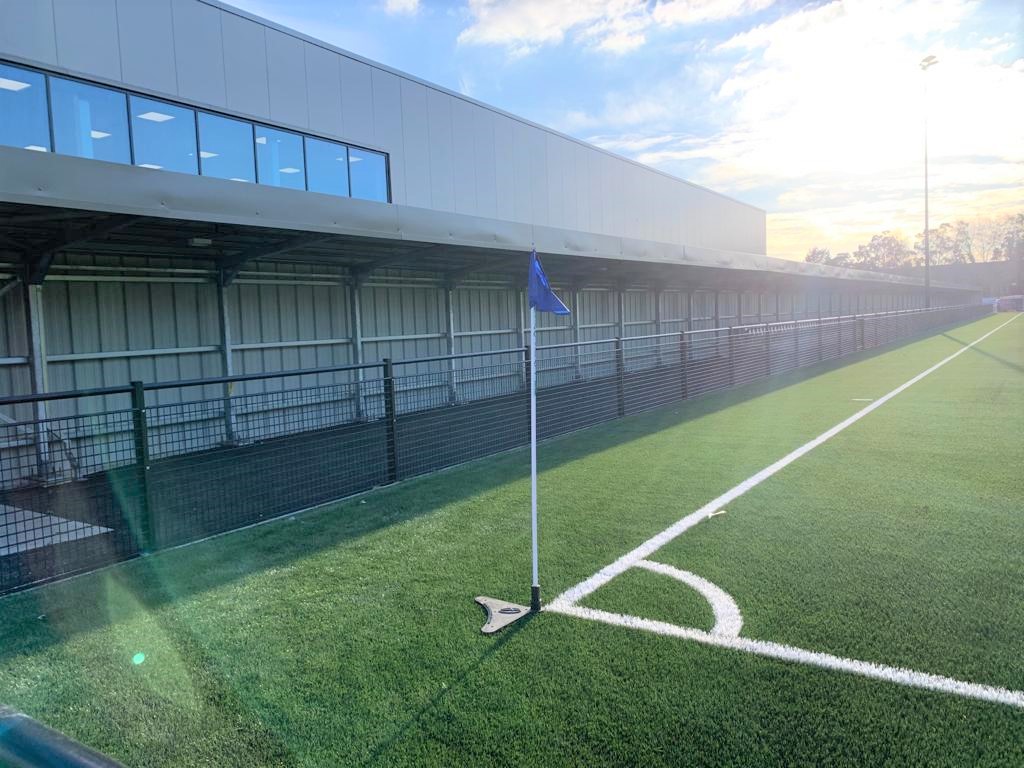 We're back! 2021 is still in the early stages and we're as unsure as everyone else how it will pan out. We do however truly hope that with vaccinations now in the pipeline, everyday life and indeed team sports can start to return to normal as the year goes on. We're here to support you through your new stadium improvements, in both expertise and budgeting. 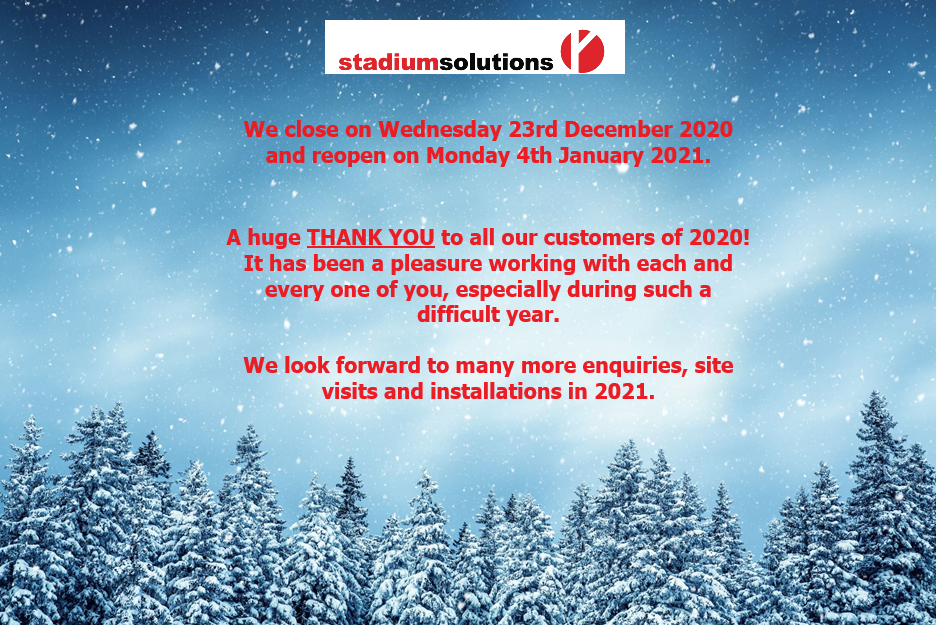 Our opening hours over the Christmas break, and a thank you to all our customers...

There's a good reason we shout about our sports stands being galvanised - because galvanised metal won't start to rust for up to 70 years!

When we say we build all over the UK, we mean it!

New seated stand is successfully completed in the Western Isles of Scotland, on the Isle of Lewis and Harris. We always say we can build whatever the access and wherever you are, and this has been proven perfectly with our recent journey to the Scottish Highlands!

We're delighted to be the new sponsor of Burgess Hill Town Football Club's Ashley Carr Terrace, which we built in 2016. This sponsorship forms part of the club's 'Light Up Leylands' campaign, as they push to raise much-needed funds for repair and renovation of their floodlights. 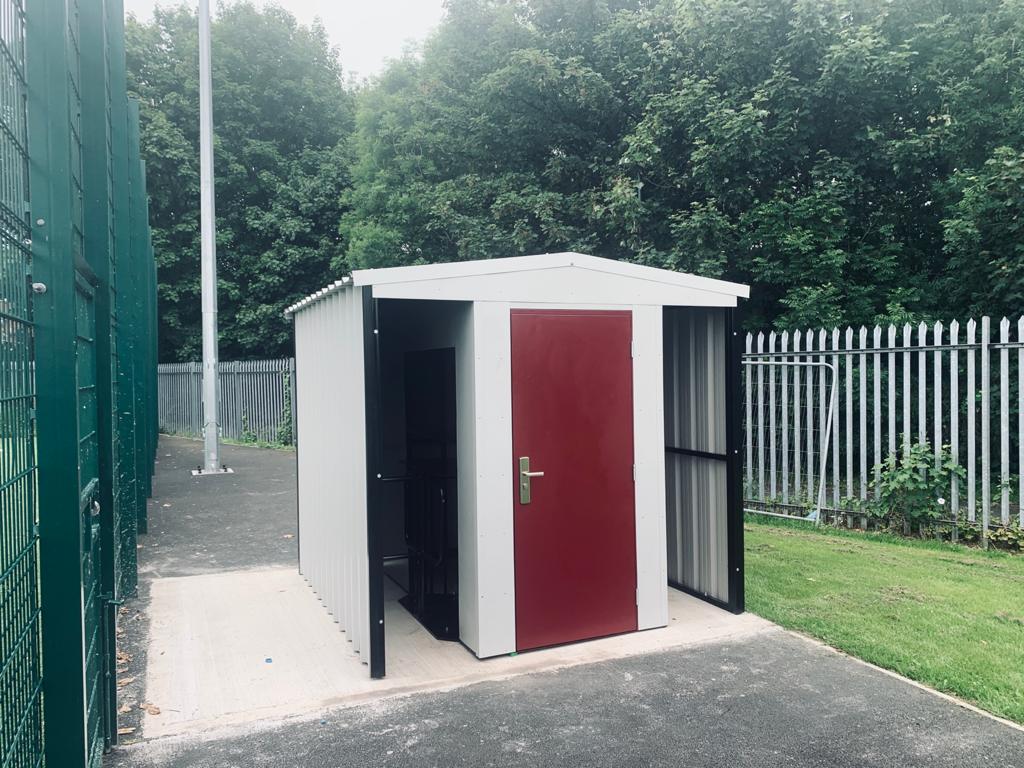 We're so pleased to get back out on the road and resume stadium installations. Our clients have been very understanding and given us empty sites where we can safely build the new stands and ground improvements ordered pre-lockdown.

We are still busy working behind the scenes

We are now closed until further notice. 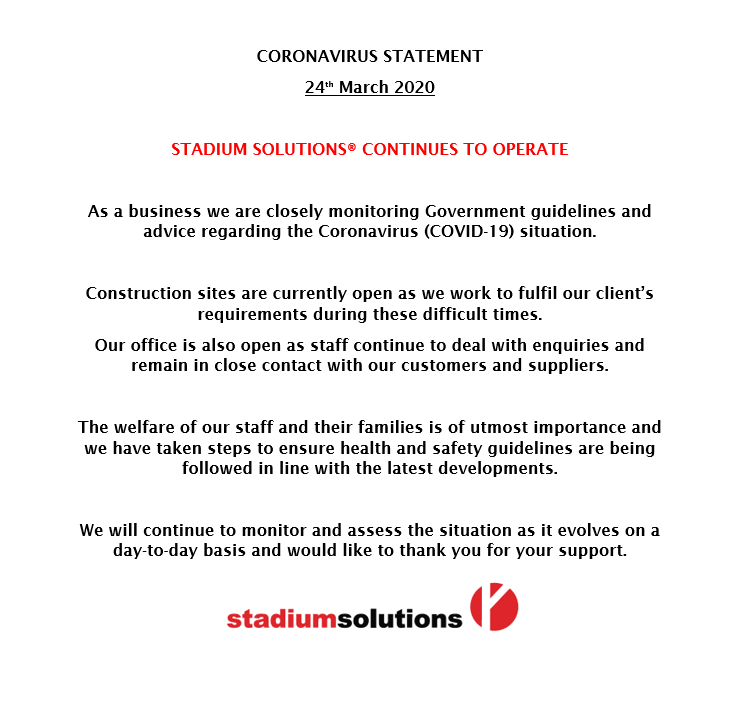 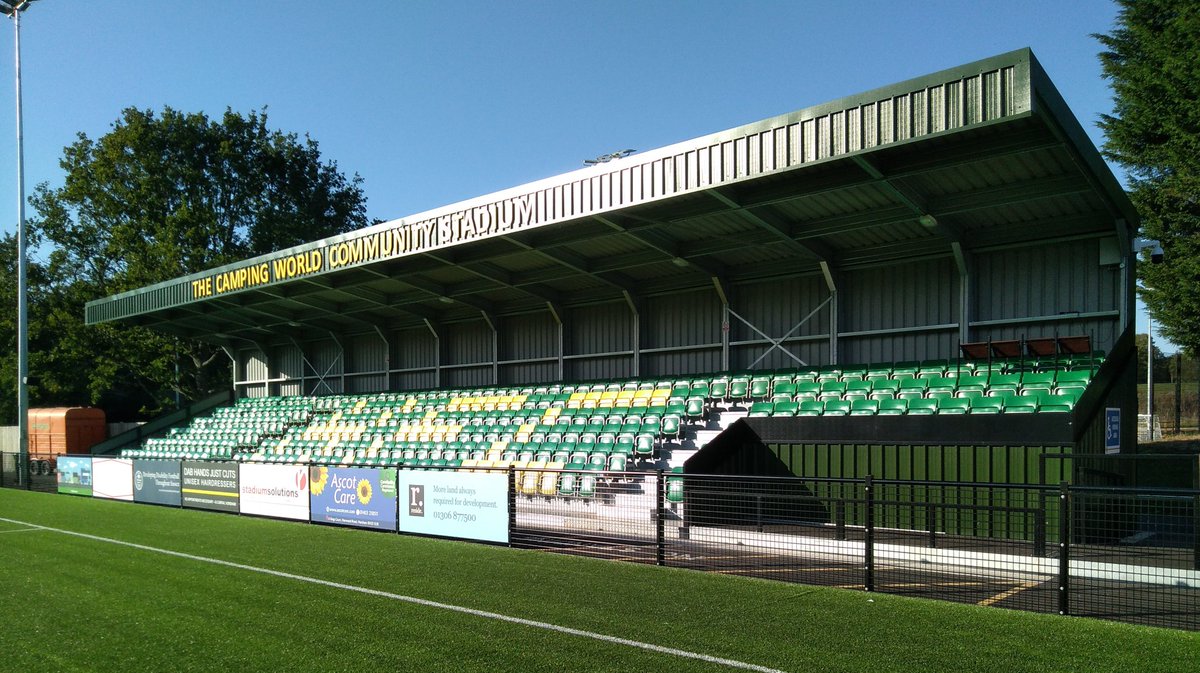 We're delighted to add Horsham FC's Hop Oast Stadium to our list of award winning work, as they scoop Groundtastic's Best New Non-League Ground Award 2019/20. Groundtastic said "...it is to their credit that Horsham have been able to build such a well-appointed new stadium" and the award will be presented to the club in the coming weeks. 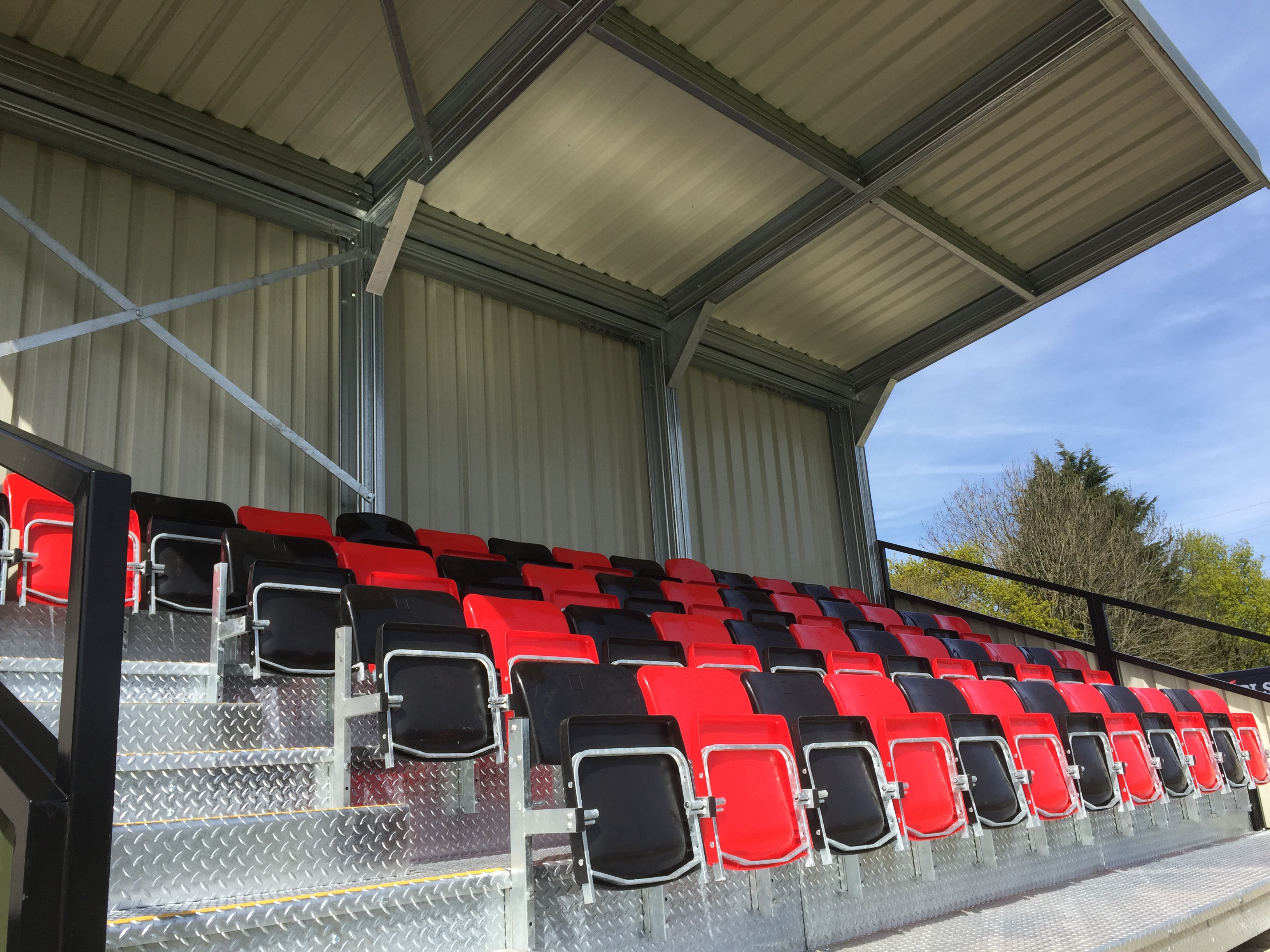 Ground Grading - Is your club ready?

We may be rapidly approaching Christmas but the clock is also ticking towards 31st March 2020 - the deadline for ground upgrades to meet required criteria. We're ready to guide you through - is your ground ready? 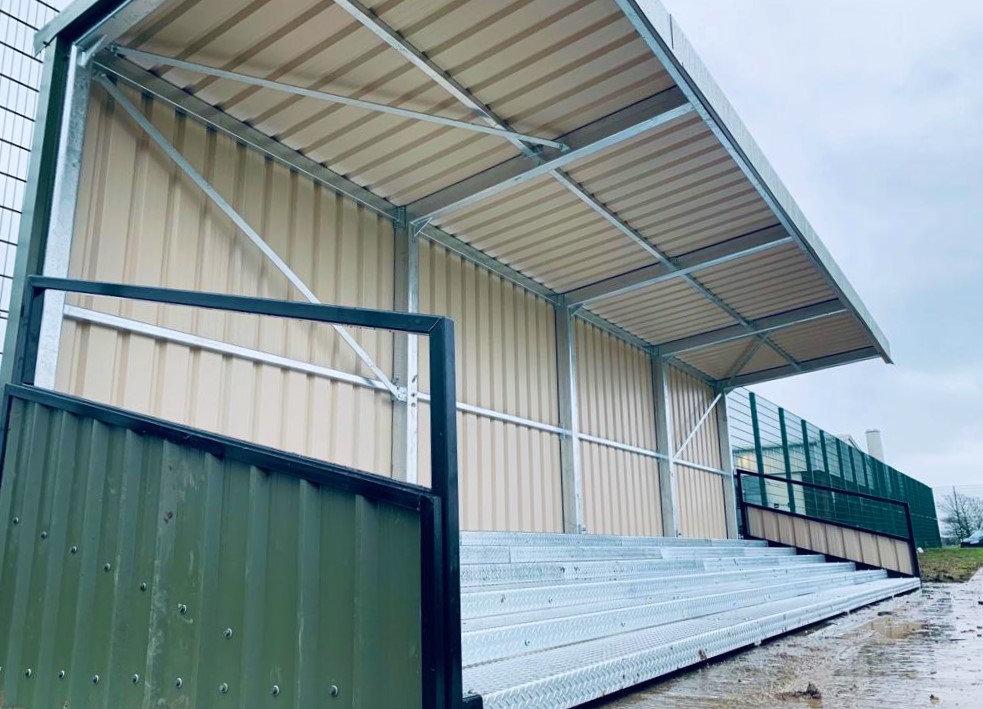 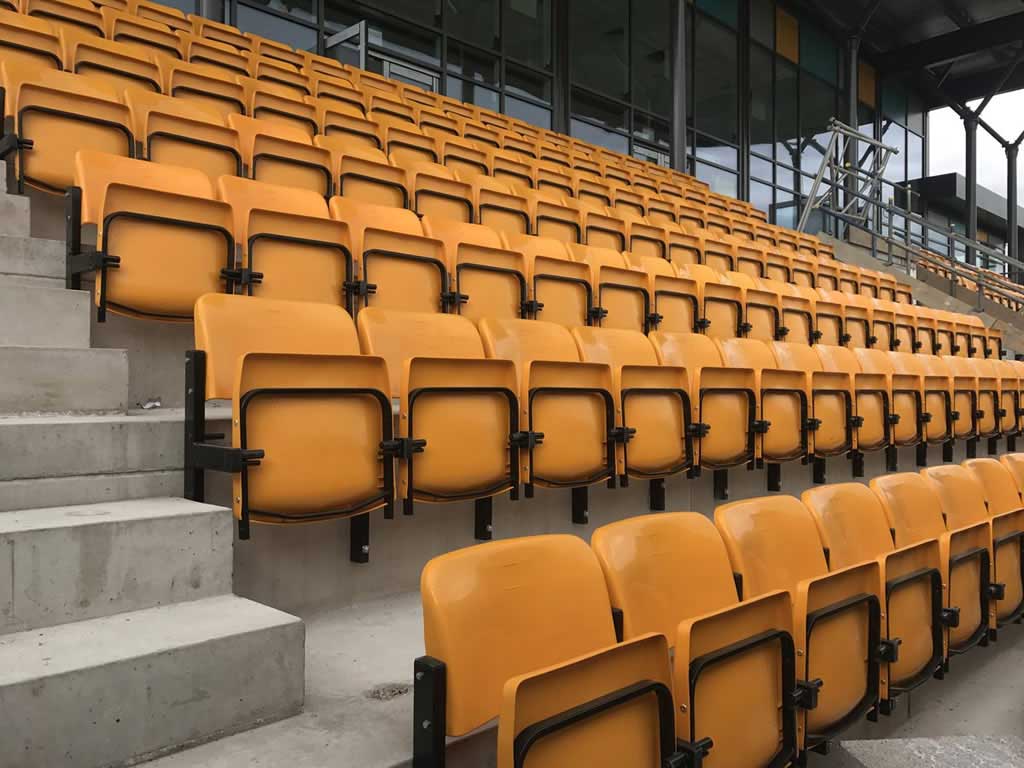 Step 7 status for Blandford United thanks to new facilities

Stadium Solutions is very pleased to announce that we have been awarded the contract to supply a brand new Covered Standing Terrace at Blandford United as part of vital new ground upgrades funded by the FSIF. 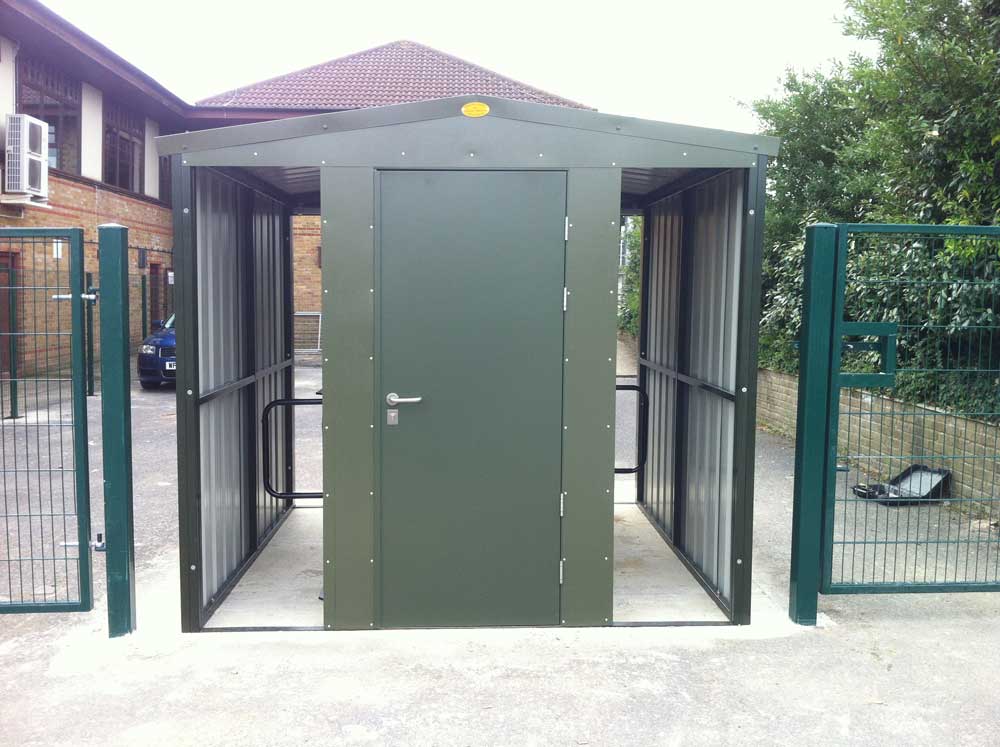 We are very proud to present the new stand and share some very inspiring feedback. 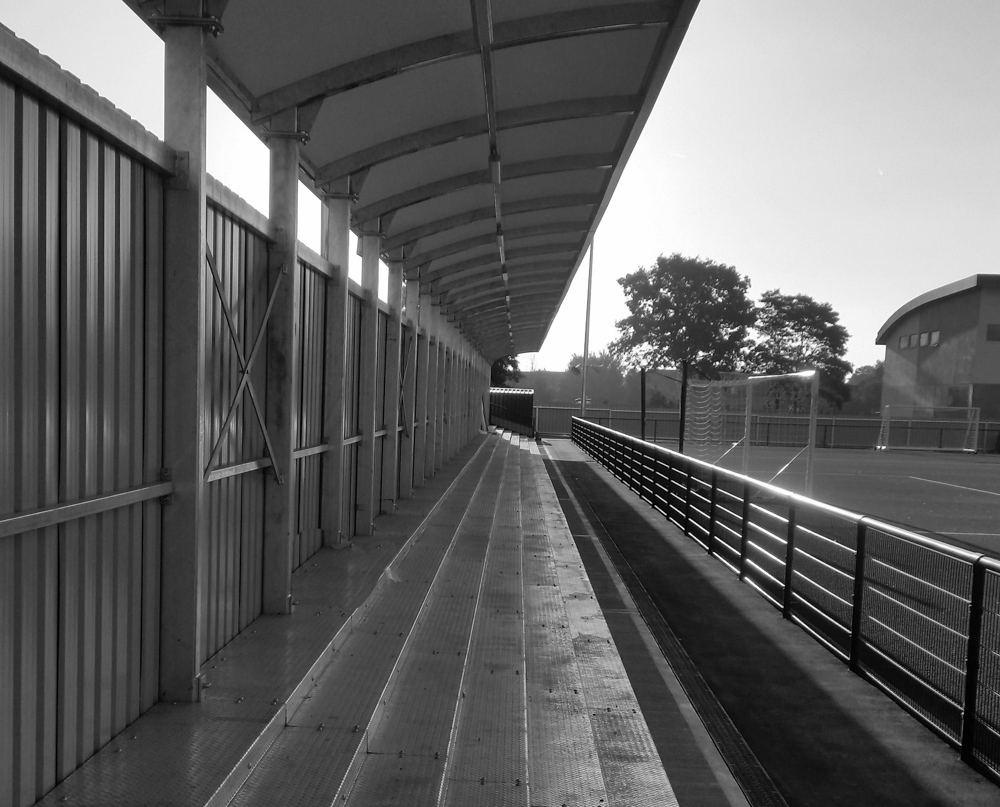 Accrington Stanley - From conception to creation 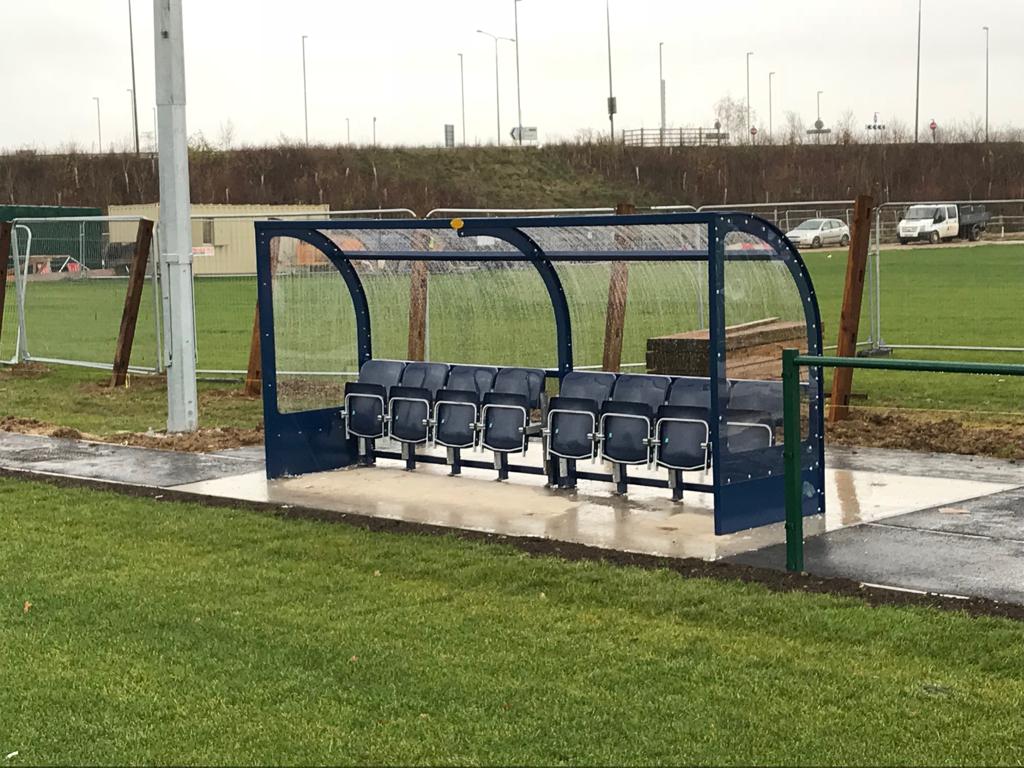 Busy, exciting times at Stadium Solutions as we announce another big contract underway! 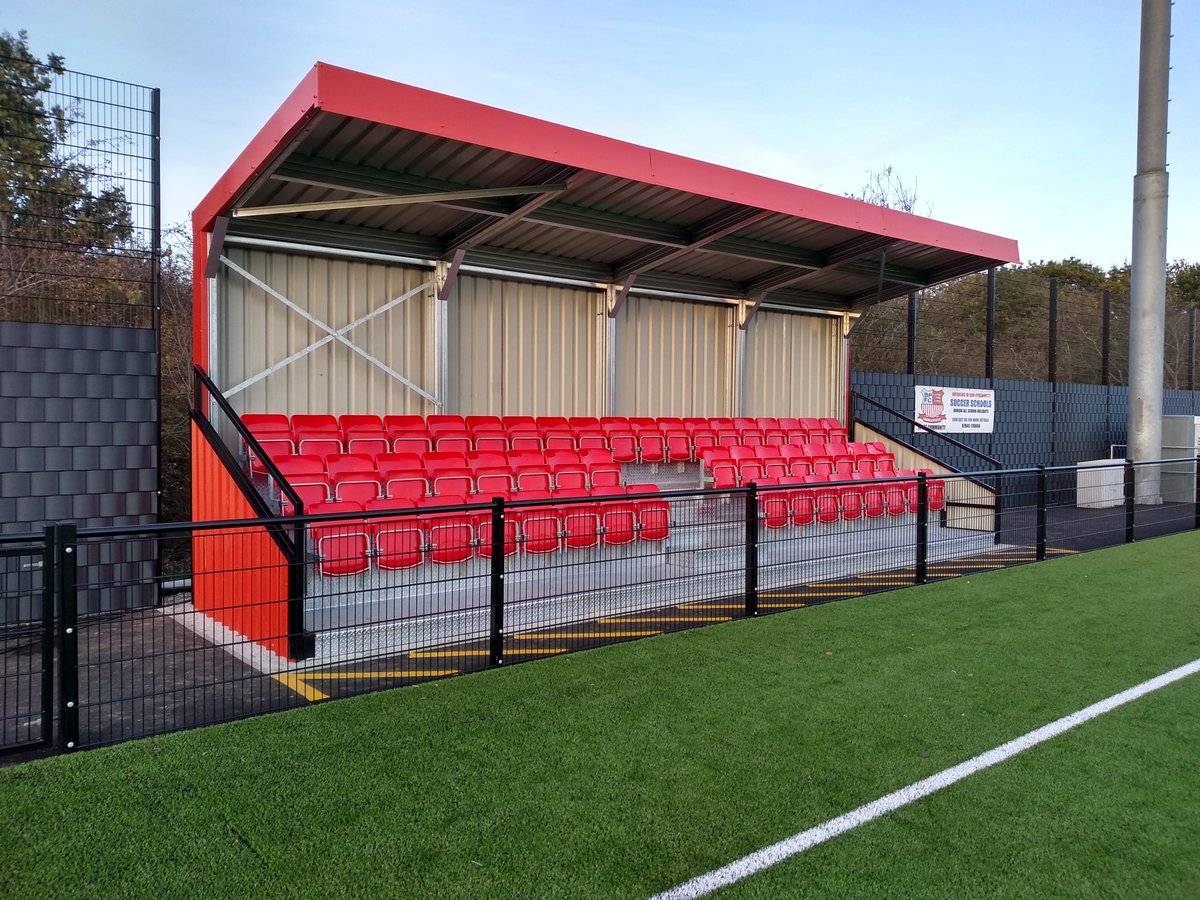 We are very excited to announce that we have secured the contract to build brand new facilities at New Central Park for Kelty Hearts Football Club! 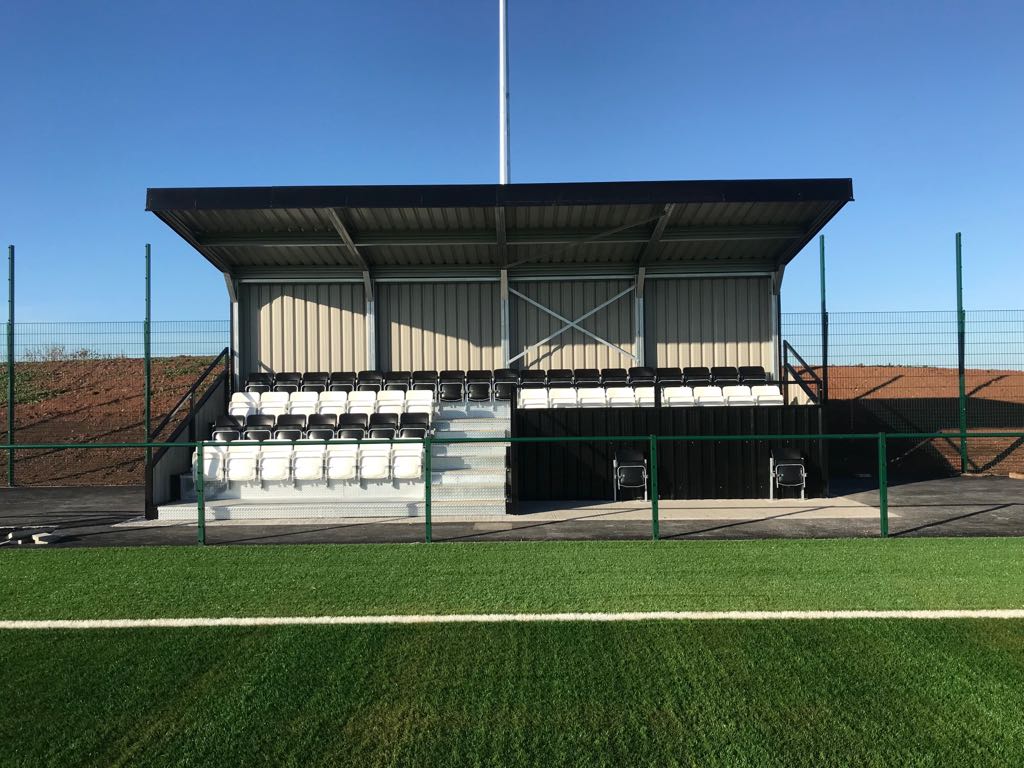 We are delighted to showcase the new bespoke back-to-back spectator stands with 64 seats each side at Oriam, Scotland's Sports Performance Centre on the Heriot Watt University in Edinburgh. 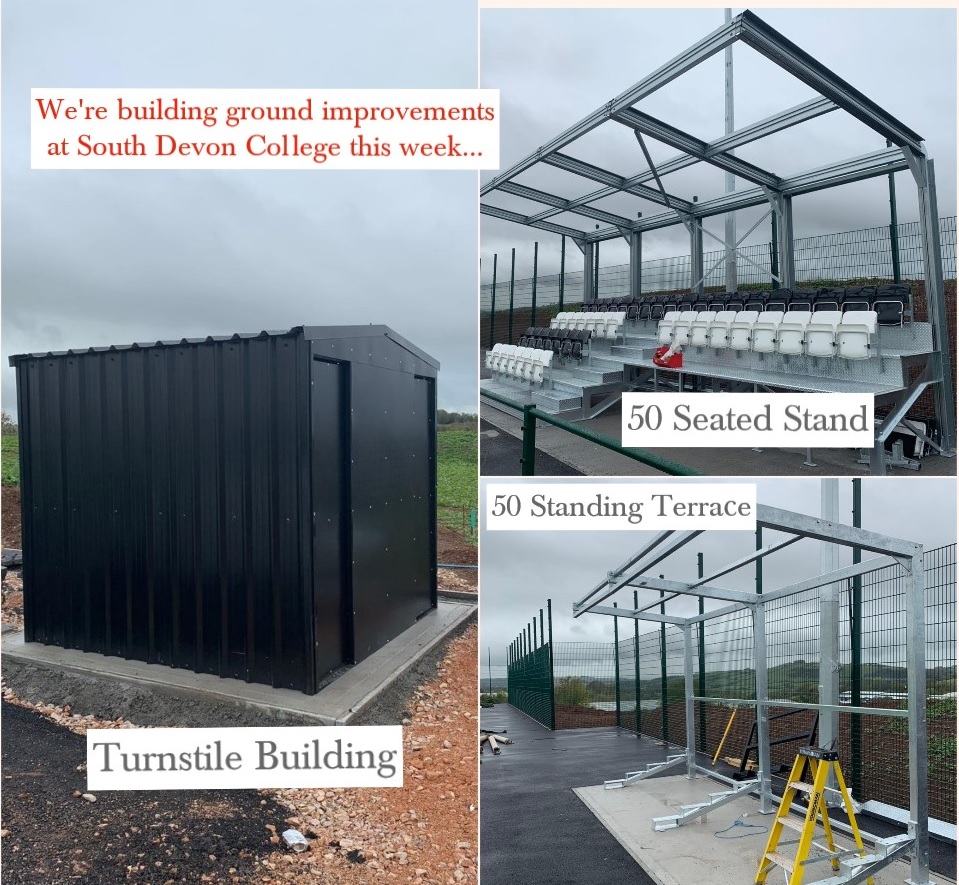 Did you catch the first episode of the brand new Sky Sports documentary about Salford City FC at 10pm on Sunday night?... 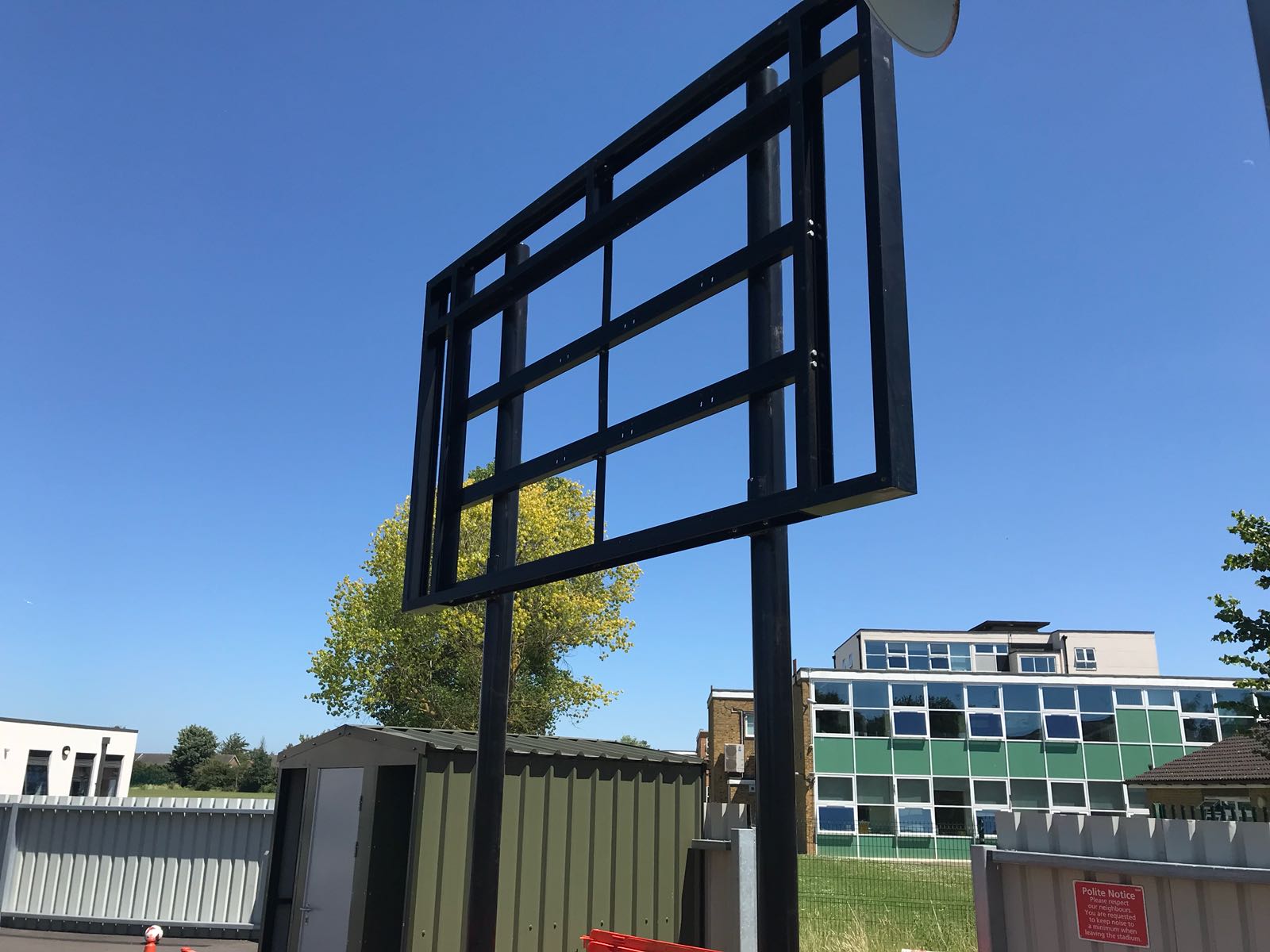 A year ago, we were awarded the contract to build four new stands and facilities at Salford City Football Club. e highly anticipated charity match....

Stadium Solutions is proud to have provided the dugout on Soccer AM, the Saturday morning football show on Sky 1. 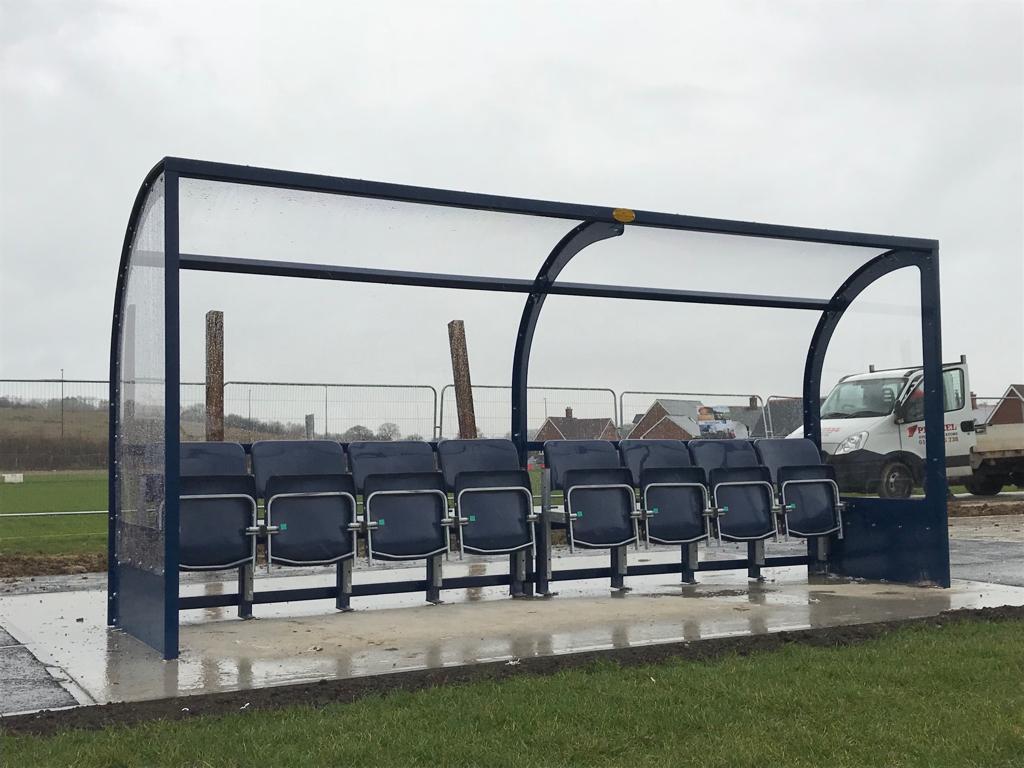 Stadium Solutions is very pleased to announce a one year sponsorship of Ravens 07 FC!

We are very pleased to announce that Stadium Solutions has been awarded the contract to manufacture and install the new spectator stands at Salford City Football Club!