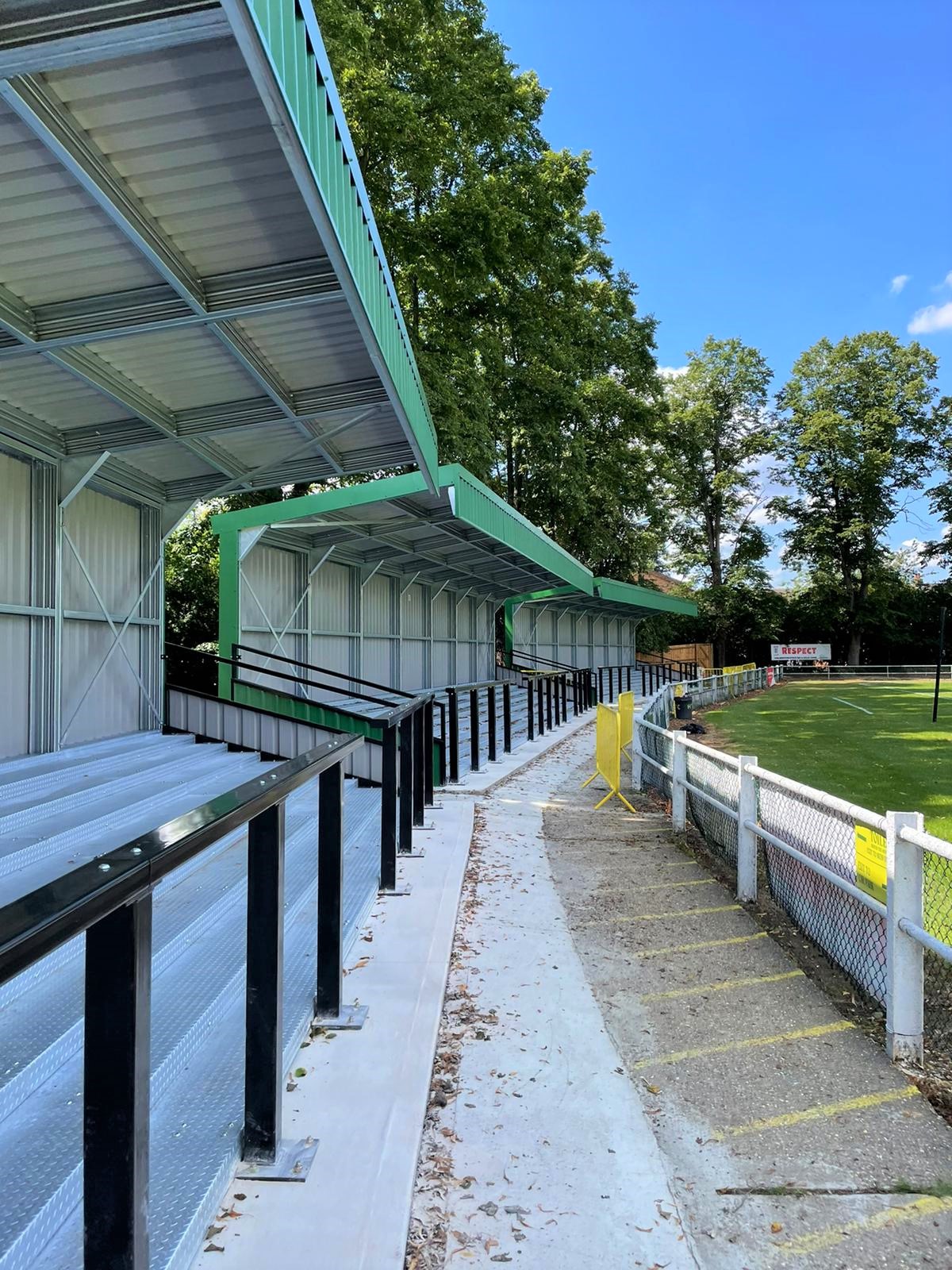 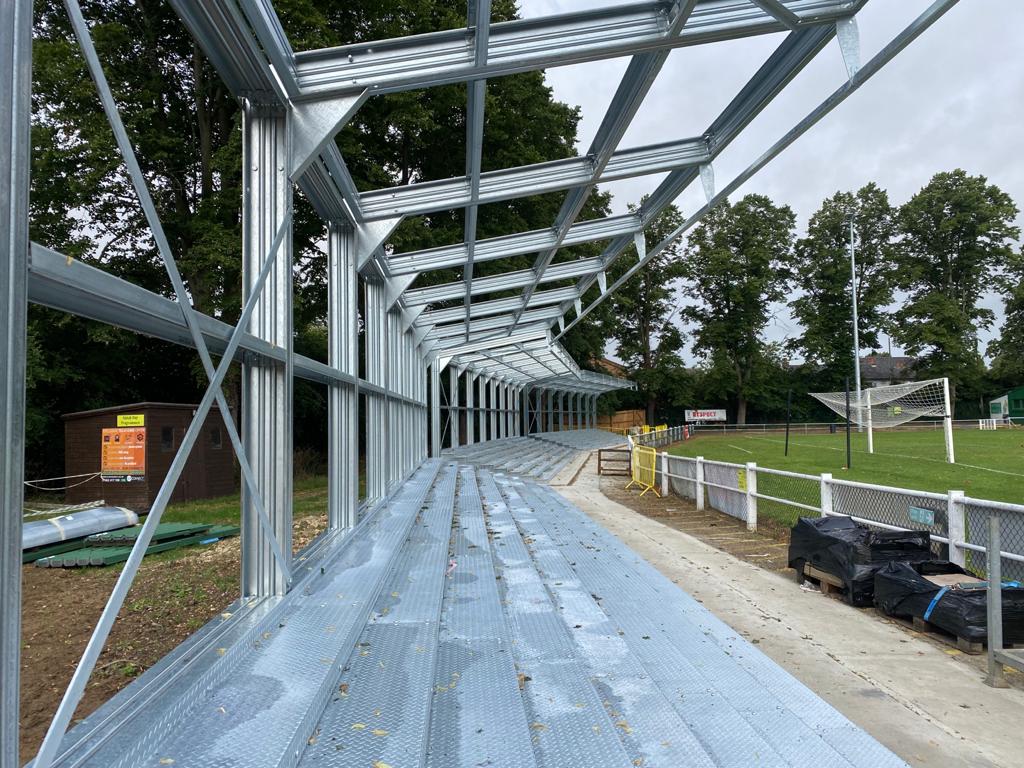 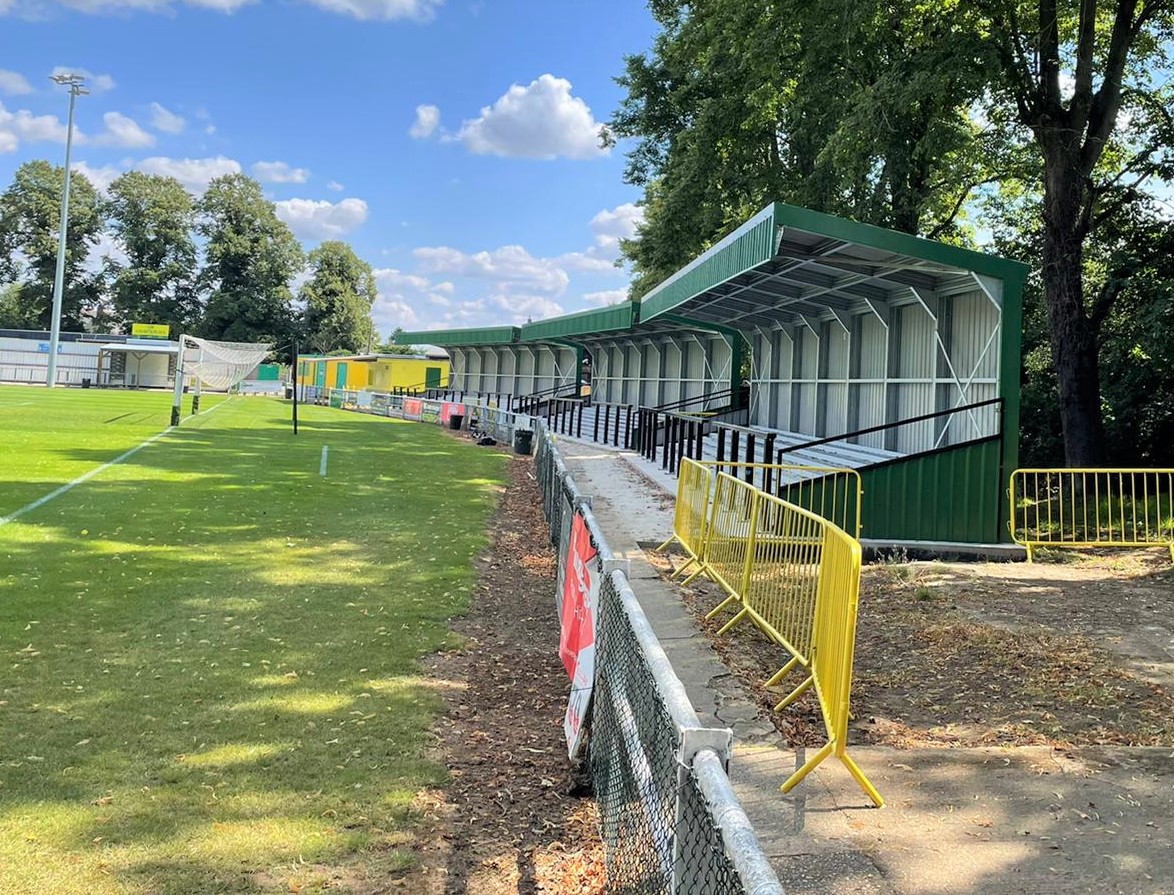 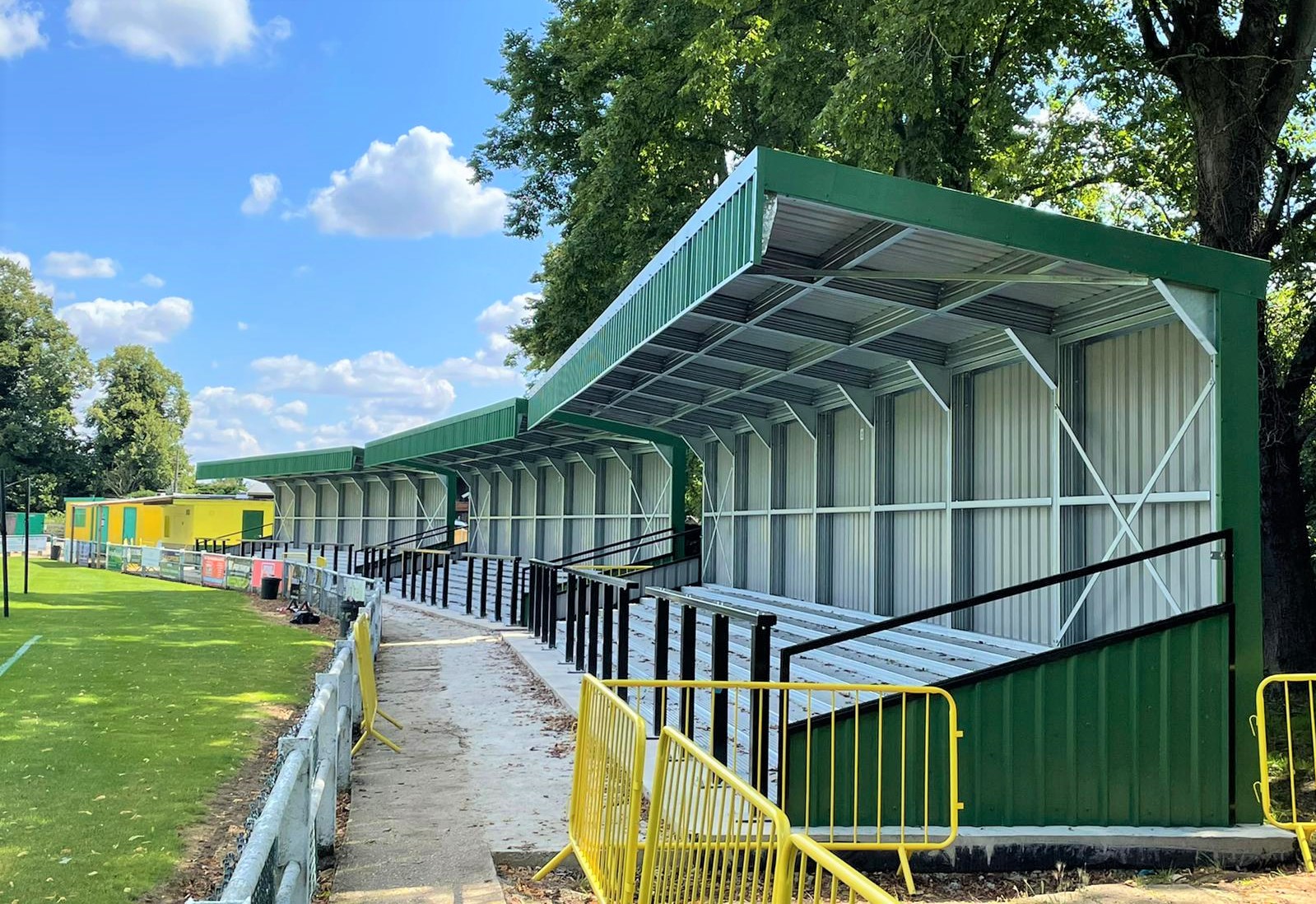 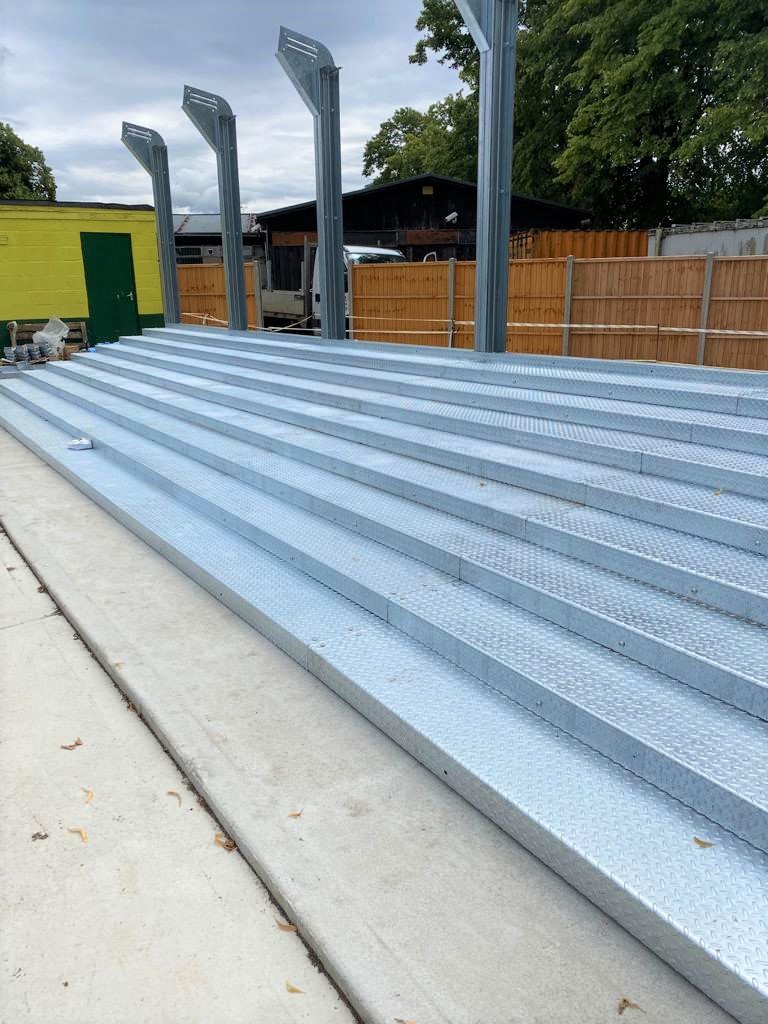 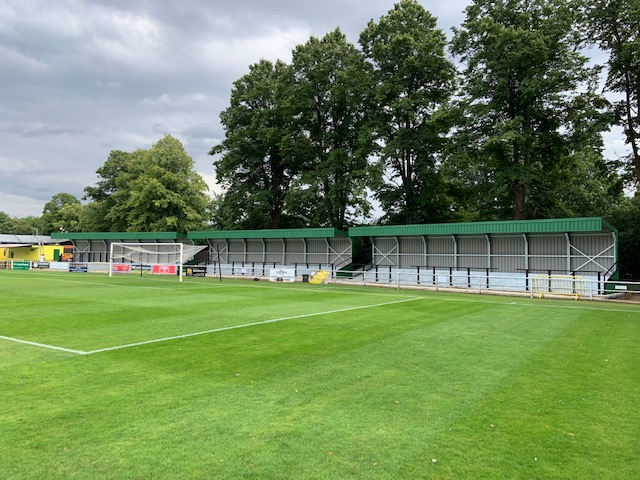 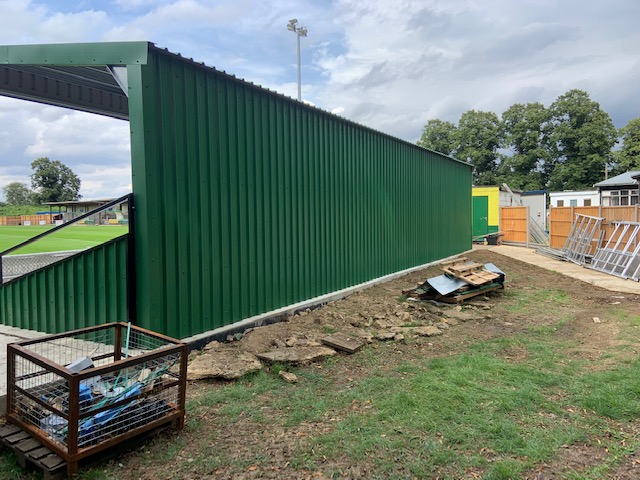 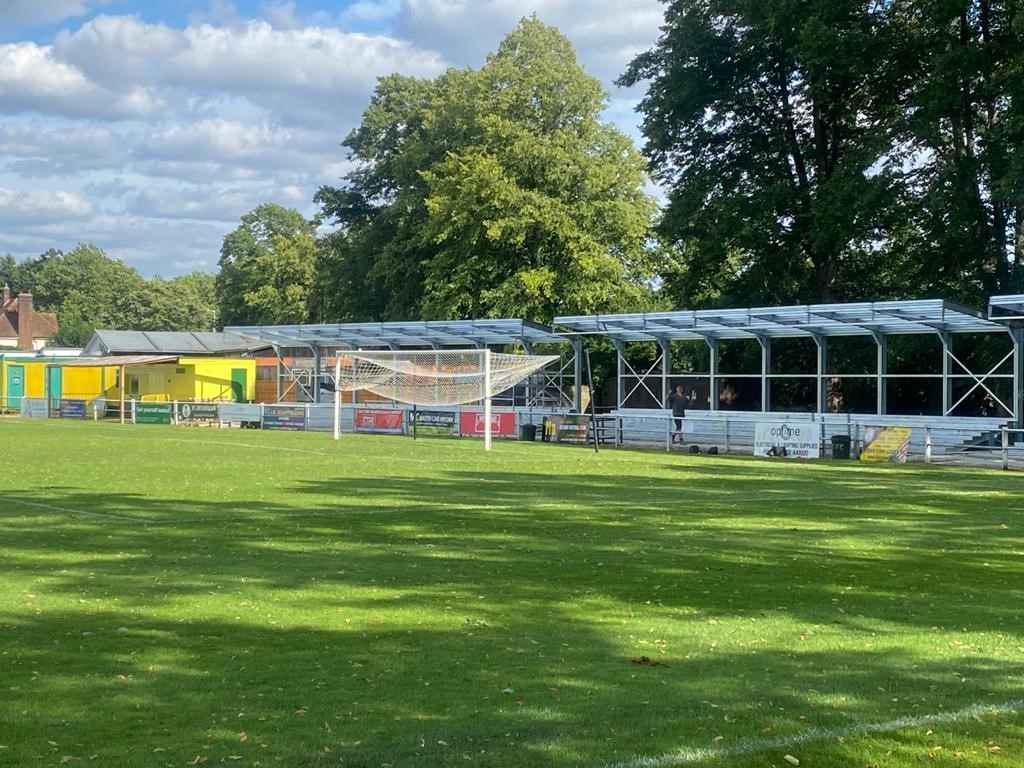 Chief Executive Andy Melvin said he was originally thinking of "going straight" when deciding on the layout of the new terraces, but sagely stuck to the original curved line of the previous timber stands and the result is optimum views of the goal end, and indeed the whole pitch, whichever of the three terraces you're standing in - not all things need changing! The layout also allowed the club to retain walkways through from the turnstiles behind. The old stands were over a hundred years old and some serious winds had blown the roof off. Knowing they would struggle to achieve their next ground grading, the club started a successful crowd-funder and this, together with a Football Foundation grant, allowed HItchin to commit to three brand new Stadium Solutions terraces which are future-proofed for when further changes can happen. We've designed to allow future dismantling, repositioning and then bolting together of all three structures to create a straight line of terracing with modular extensions. But for now, this end of the pitch is well and truly upgraded and spectators will be covered and need not worry about the wind anymore! A huge thanks to all at the club for the opportunity to work with you at such an important time and for your hospitality on site - we look forward to returning.

"The stands are fantastic, everyone at the club is delighted. You wouldn't recognise the ground; we played Bedford Town the other night and they were just as impressed. Please thank everyone at Stadium Solutions."

Three new 8 tread Covered Standing Terraces behind the goal which can be repositioned and joined together at a later date. With crush barrier. 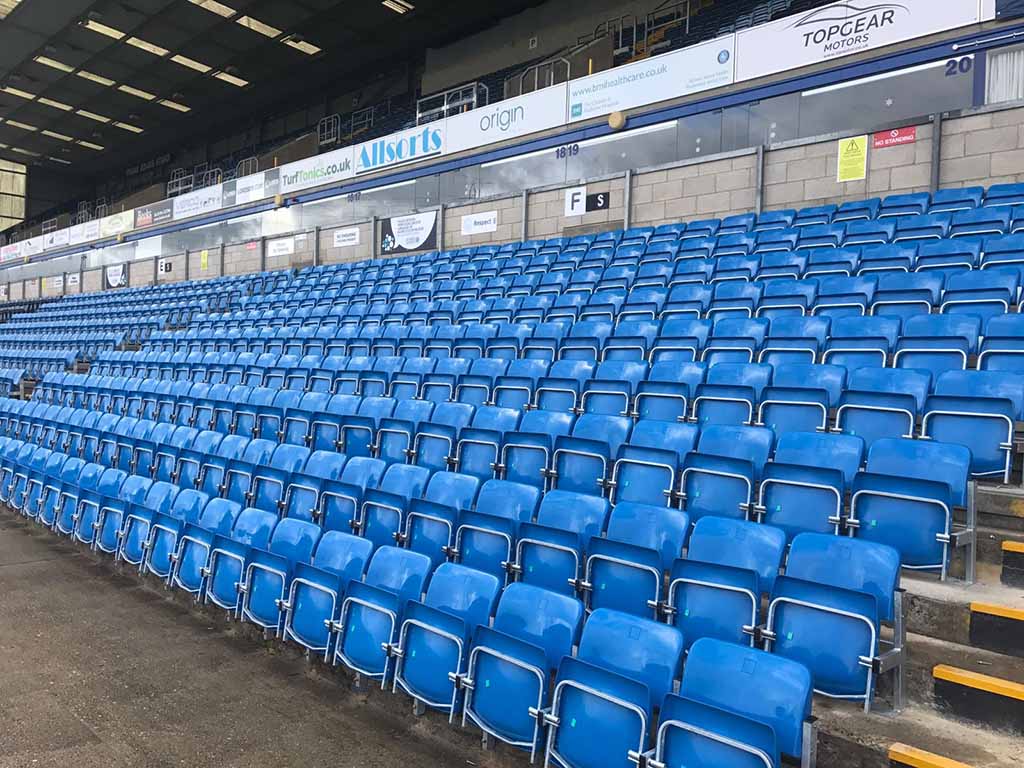 The Lightweight Stands we offer are modular, which means that you can start small and expand later if needed. 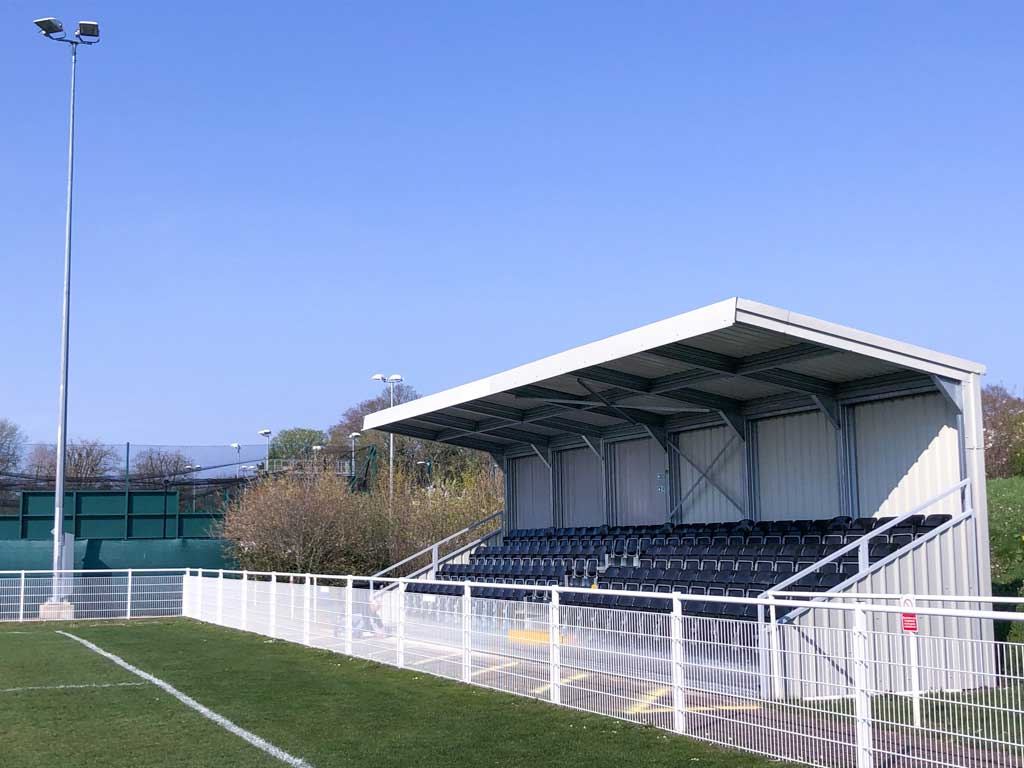 Every stand we make is built to order so you can add features to maximise use and create a unique stand that most suits your needs.